Versatility and mobility to perfectly handle whatever you throw at it. Best for: Active Recovery, Off Days Free shipping on orders over $100

Chris Chavez has made a career out of running - not just the sport, but the culture. He founded Citius Mag five years ago to cover running and track & field news, he’s written for Sports Illustrated, ESPN, and Sporting News, he’s lent his voice to several running podcasts whether he’s hosting or a guest feature, and he’s logged thousands of his own miles, including multiple Abbott World Major Marathons both stateside and abroad. Chris is both an active commentator and an accomplished athlete in his own right, giving him a unique view into what it takes to build industry-defining gear that stands up to every run. When we were ready to send the Session Pant out for a Field Test, we trusted Chris to not only give us his honest opinion on the gear, but also bring friends from his running circles with him to truly put our gear to the test. 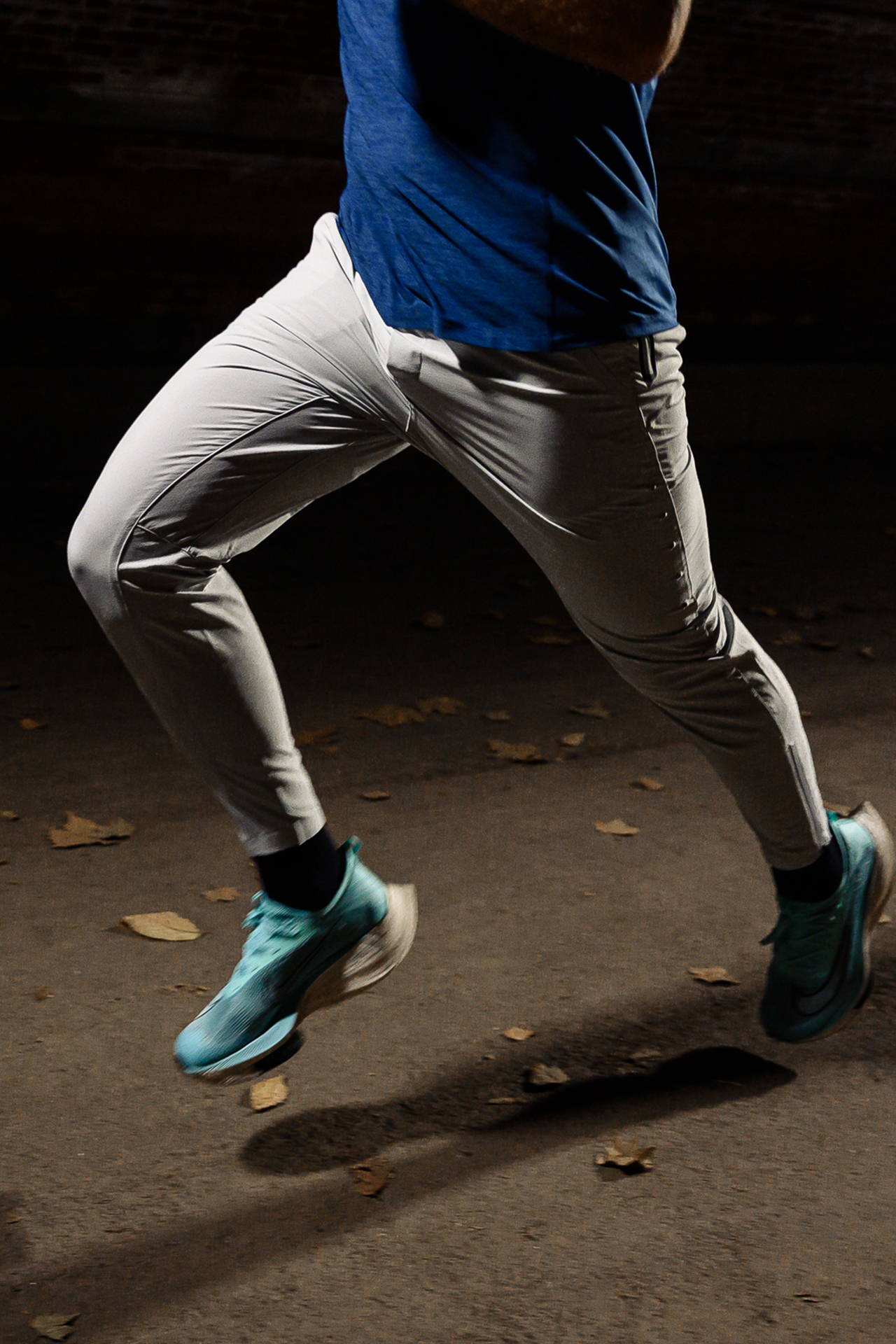 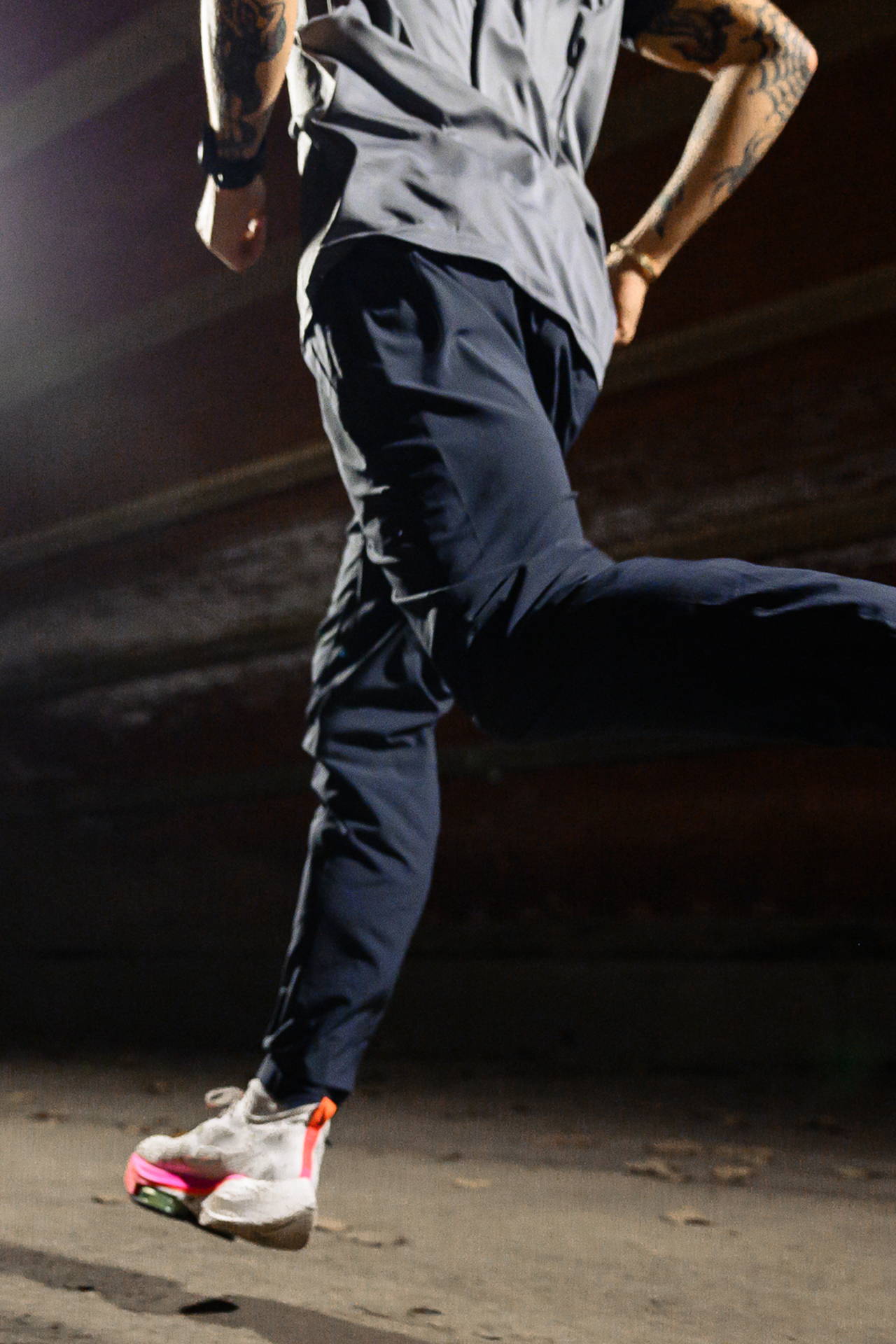 Chris decided to gather his crew at the southwest corner of Central Park on a windy fall eve for a 6-mile tempo run around Central Park. The sun was starting to lower in the sky and with it, the temperatures. It was the kind of day where it was too cold to be comfortable running in shorts, but it wasn’t quite cold enough to bring out true winter training gear. It was the ultimate transitional day – and it was one where the runners were going to need some added coverage to stay warm and ensure they could focus on their workout. Marathon day was quickly approaching, and the men were wrapping up their intense and volume-heavy training as they headed into their taper. As such, this run would be the final hard push.

No matter the season, no matter the time of day, Central Park is guaranteed to be full of runners. When Chris and his crew geared up to take the Session Pant on a run, Central Park had a bit of extra fanfare – even with the sun setting. With the 2021 New York City Marathon just a week away, the running community is buzzing. Central Park is home to the marathon finish line, after runners have touched the ground of all five boroughs. After COVID-19 impacted the previous year’s race, 2021 became the 50th Anniversary of the New York City Marathon. With only a week to go and participants in the Field Test gearing up to run the NYC Marathon, the energy is palpable – and the team is leaning in. 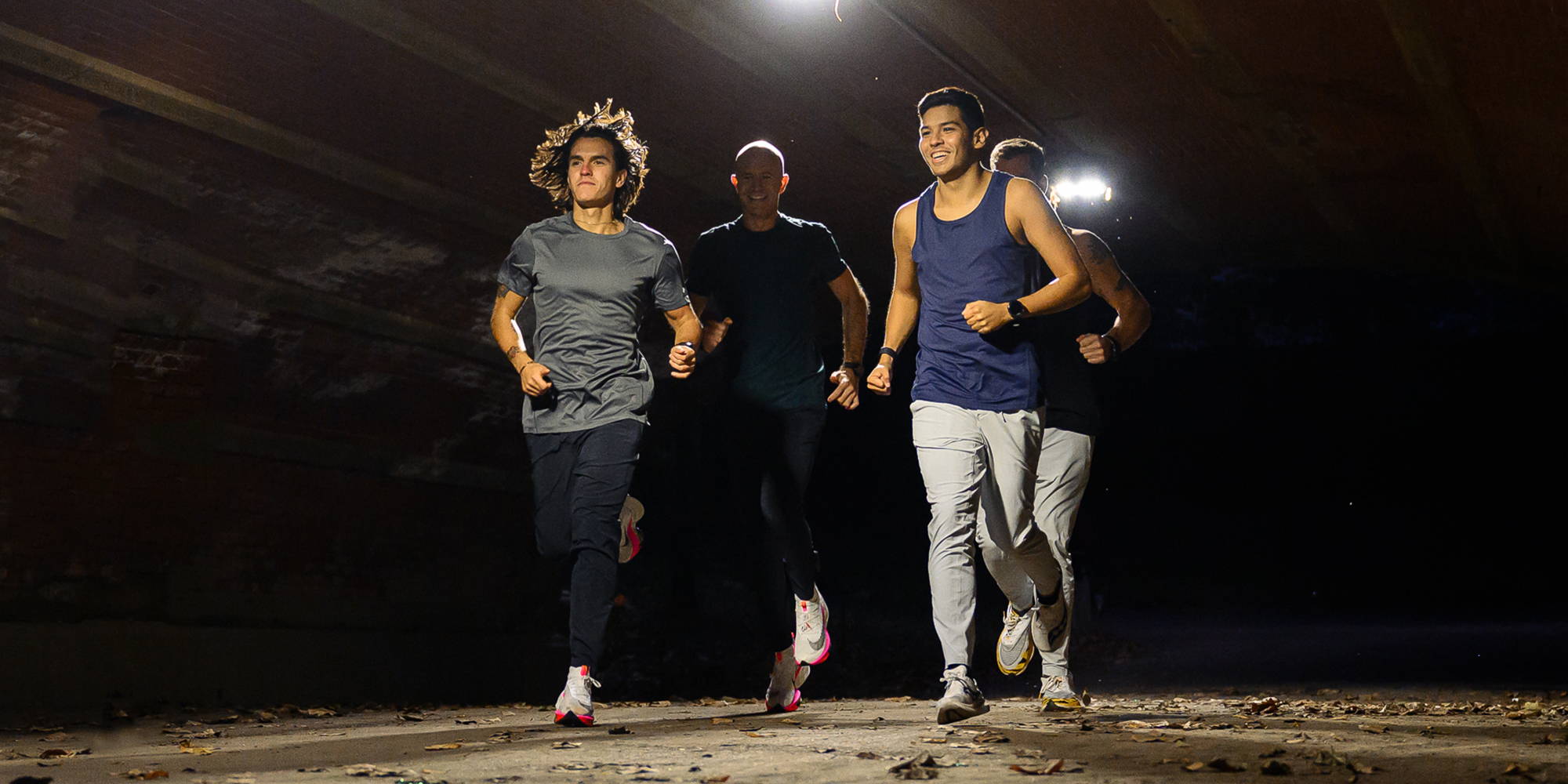 Chris and his team got ready to take off. Immediately, they noticed one of the defining features of the Session Pant: the warmth without the weight.

“When I put the Session Pant on, I was impressed by how covered I felt, and I knew I’d stay warm throughout our entire run,” Chris said. “At the same time, I couldn’t believe how light it was.”

But before they could get their tempo underway, they had to make sure they had eliminated all distractions. For Chris, that meant getting his keys and wallet out of sight – and ideally out of mind. That’s where our Every Session Carry pocket system came in. Chris put his belongings into one of the Session Pant’s rear-facing side pockets, which kept his keys and wallet flat against his body to ensure that they stayed out of the way of his movement. 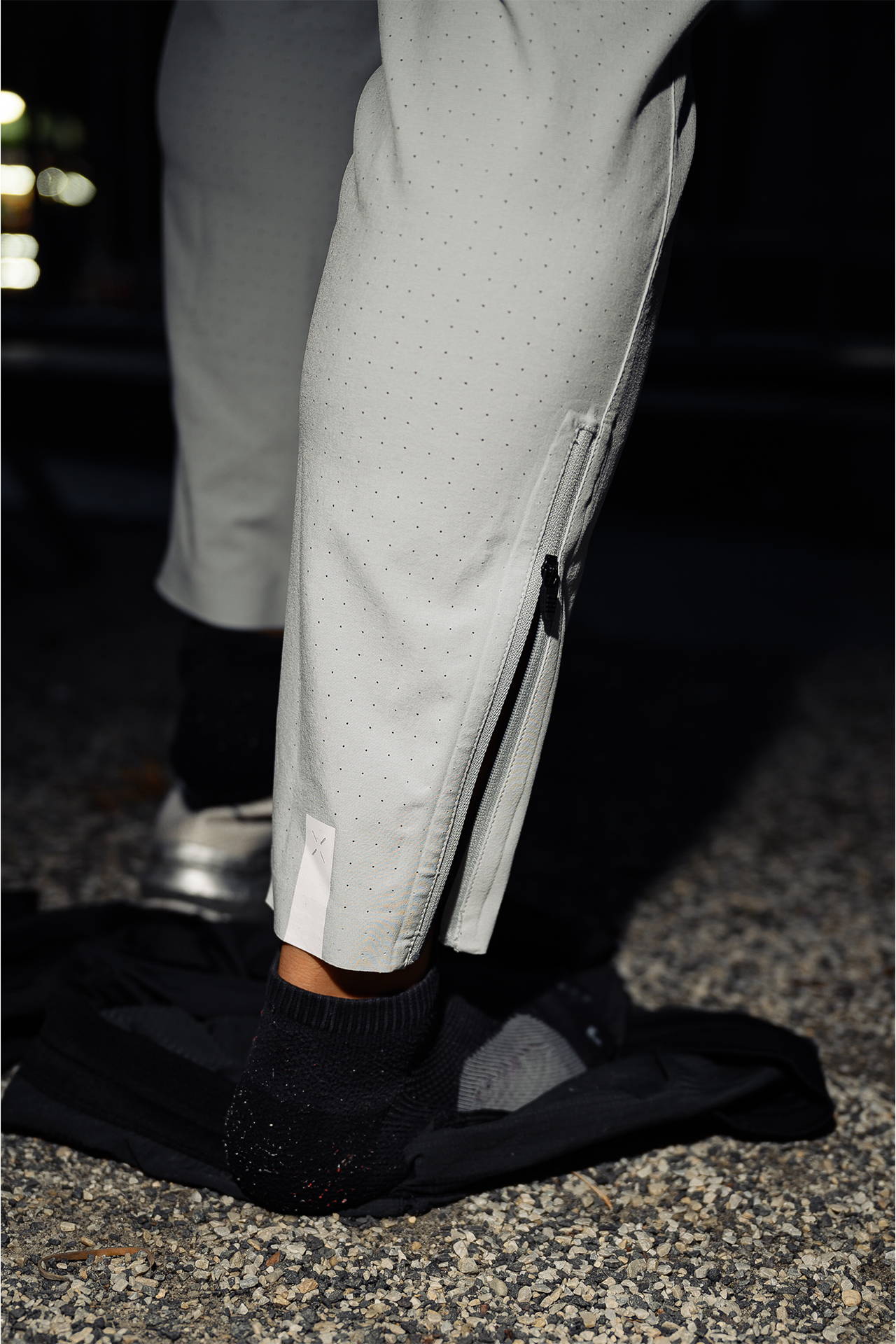 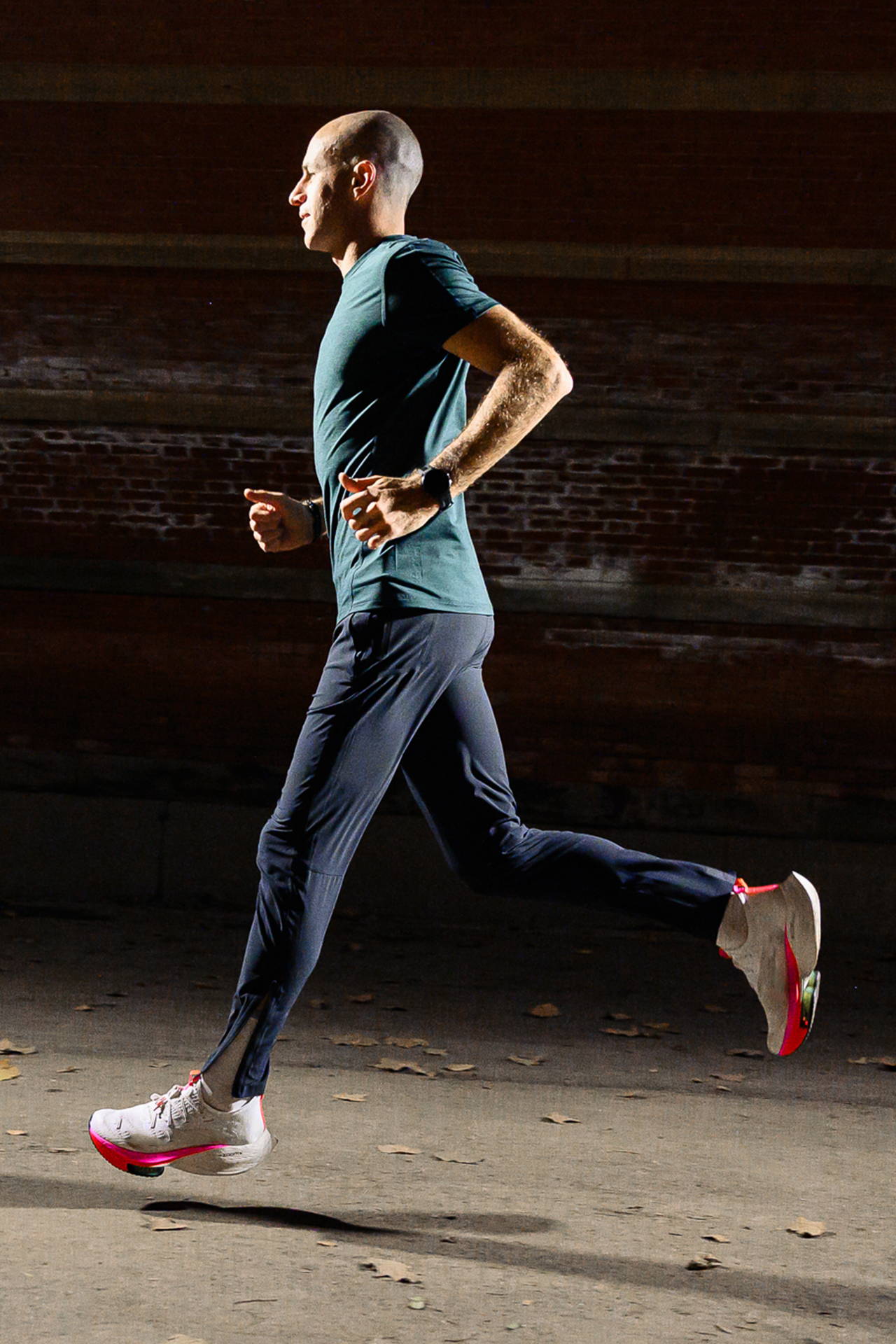 “I’ve never seen any brand think that carefully about their pockets,” Chris said. “Unless you’re a runner, you’d never think about aligning the pockets the way Ten Thousand does – so it’s clear that their gear is being built by people who actually live and breathe the sport. Even the front pocket is rear-facing so your belongings lay flat against your body rather than being in the way of your movement.”

When it came to the run itself, Chris and his team went hard. As the pace picked up, they needed gear that stayed completely out of the way. In the development of the Session Pant, maintaining an unrestricted range of motion while also having length and coverage was key. The Session Pant achieved the ultimate mark of success in this regard: Chris didn’t once feel distracted by them or feel that they interfered with his stride; instead, he could feel the freedom of the four-way stretch and the construction of the lightweight fabric allowing complete mobility for full, unrestricted strides.

At the same time, a core part of any tempo run is the cool down portion after every push. This presented a unique challenge in the cold: the runners needed to have the opportunity to cool down after their intense pushes, while also remaining covered up and warm as the temperatures continued to fall. The Session Pant stepped up. With its perforated fabric zones and laser-cut ventilation, our lightest pant made it easy for the runners to release excess heat as they kept pushing. At the same time, though, they remained fully covered the entire time, which allowed them to manage their body temperature for the entire workout.

After the workout, it was clear Chris and the team had found their new training pant.

“When I’m running in colder weather, it’s been incredibly hard to find gear I like – until the Session Pant,” Chris said. “I’d never seen a pant with such a thoughtfully considered feature set that allows for warmth, coverage, and still a lightweight barely-there feel, but the Session Pant truly sets the bar.” When it came time to send the Tactical Pants out on a Field Test, we gathered Don Tran, Tyrus Griffin, Albert Chheang, and Rick Briere. All four men have incredibly specialized skills from their time in the U.S. Military and they’re no stranger to Ten Thousand or to each other. We challenged all four of them to throw down on an outdoor obstacle course designed to give this elite crew a run for their money. Through rigorous testing by members of the Special Operations community, we’ve developed a pant that extends the utmost mobility and protection from coarse environments. Seeking the most grueling challenge for the Tactical Pant, we knew The Tactical Games would be the ultimate test.