Ryan Holiday is a bestselling author, sought-after speaker/strategist, a devout runner and podcast host of The Daily Stoic podcast. He has spent over a decade authoring books and publishing articles where he breaks down the timeless principles of Stoic philosophy, as well as how to practically apply them to build a more resilient mindset. Ryan has spoken to everyone from the NBA and the NFL to Olympic Gold Medalists to sitting senators and special forces operators about how to apply Stoicism in order to optimize athletic performance and overall well-being.

Q:WHAT PIECE OF ADVICE WOULD YOU GIVE YOUR TWENTY-YEAR OLD SELF?

If I had to go back and give a younger version of myself one word of advice it would be: “Relax.” It’s almost preposterous how intensely, passionately, anxiously I was worked up about certain things—how seriously I took things that, in retrospect, matter so little that I don’t even remember them. Of course, earnestness, commitment, and ambition are virtues (more so than their opposites, anyway) but taken too far they become liabilities, to happiness and objectivity most of all.

Q: WHAT LESSONS HAVE YOU LEARNED FROM FITNESS THAT HAVE SERVED YOU THROUGHOUT YOUR LIFE?

There’s an experience familiar to every runner. You come up on another runner, you make a move to pass them on the right, and as you do, they speed up. The instinct, when you’re challenged, is to chase after them. But if you do, you’ve already lost. Emerson said that “there is a time in every man’s education when he arrives at the conviction that envy is ignorance; that imitation is suicide.” It’s accepting the imposition of another’s will on a run or during a workout that is suicide. You exercise to define yourself, and when you allow a short term challenge to alter your pace and long term strategy, you’ve just been defined by someone else. What I’ve learned is that if you continue at the pace you set for yourself, 9 times out of 10 you walk away the winner. In fitness and in life, the race to run is against yourself. Competition, as Peter Thiel has said, is for losers.

Q: WITH ANY NEW MODALITY YOU GET INTO, HOW DO YOU APPROACH IT IN ORDER TO MASTER?

Robert Greene’s metaphor for mastery is being on the inside of something. When we start a new sport, when we get our first job, when we approach a field we haven’t yet studied, we are on the outside of. But as we put in the work, as we familiarize ourselves with every component, as we develop our intuitive field, we eventually make our way to this inside. This is a metaphor from Robert I think about constantly. I don’t want to be an outsider on anything I do, I want to make my way inside it.

Q: WHY DO YOU PRIORITIZE FITNESS IN YOUR LIFE?

Because I love it and because it makes me better at my job. There is a timeless link between writing and running. Professional writers quickly learn one reality of the job: you have more bad days than good. It’s the rare day that the writer finds that the words come out exactly the way they were in their head. In fact, it’s usually the opposite—one is disappointed, distracted, struggling, committed but unproductive. But exercise—especially running—is the opposite. A run is almost always good. Running is predictable, dependable, satisfying and thus a counterbalance for the mercurial muses of the creative professional. And I can also say that most of my biggest breakthroughs as a writer came after I had stopped writing and gone running. 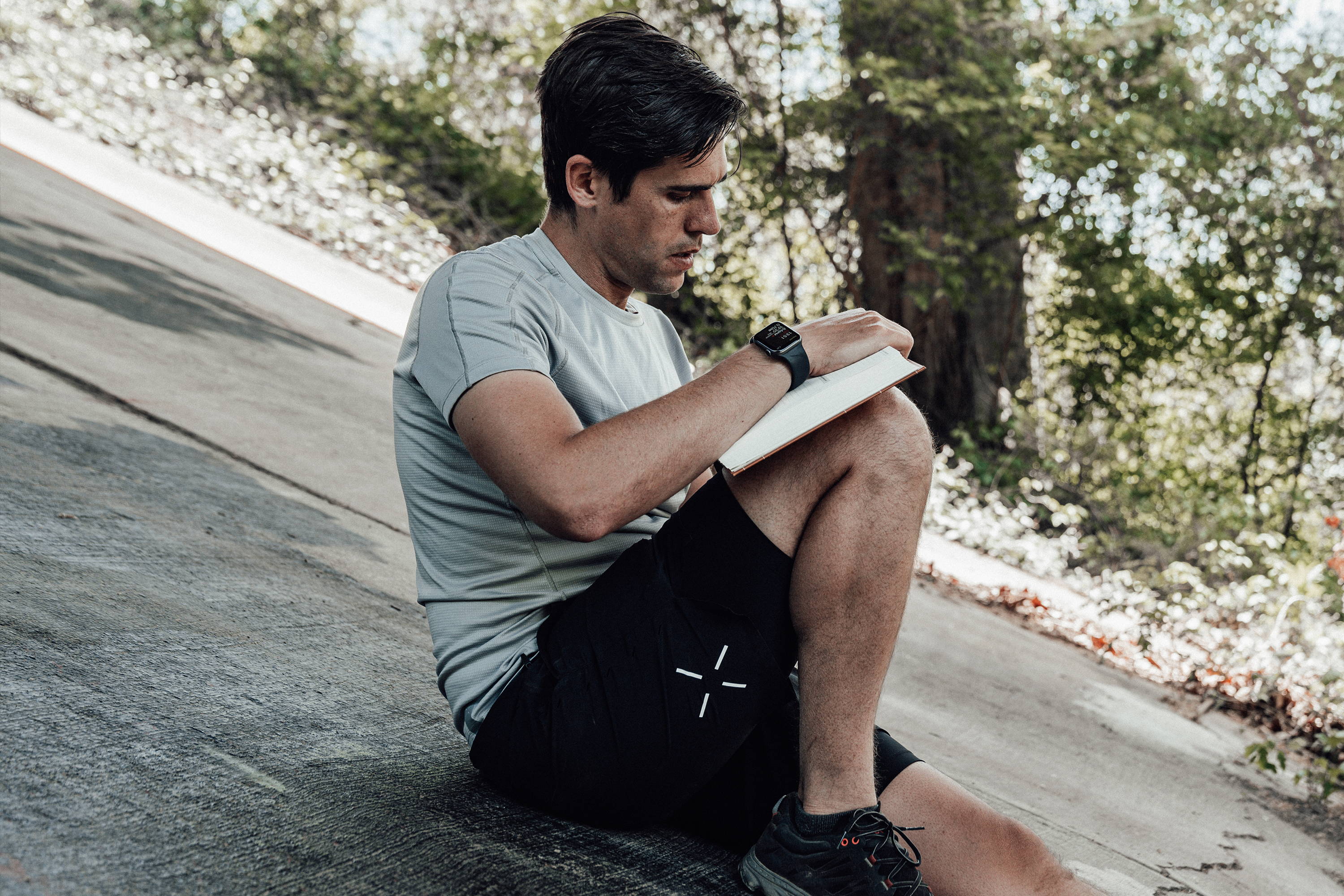 I’d like to do the run Haruki Murakami talks about in What I Talk About When I Talk About Running—the original marathon from Marathon To Athens.

Q: WHAT IDEA, PERSON OR BOOK HAS BEEN THE MOST INFLUENTIAL IN YOUR LIFE? WHY?

When I was 19 years old, I asked someone I admired if he had any book recommendations. He suggested the Stoics. That recommendation has really directed the course of my life since. Meditations by Marcus Aurelius was what the economist Tyler Cowen calls a “quake book” for me. It shook everything I thought I knew about the world. After Marcus, I read Seneca and Epictetus and then some of the more modern Stoic scholars like Pierre Hadot and Donald Robertson. It’s been more than 15 years now, but I still get something new out of the books every time I turn to them.