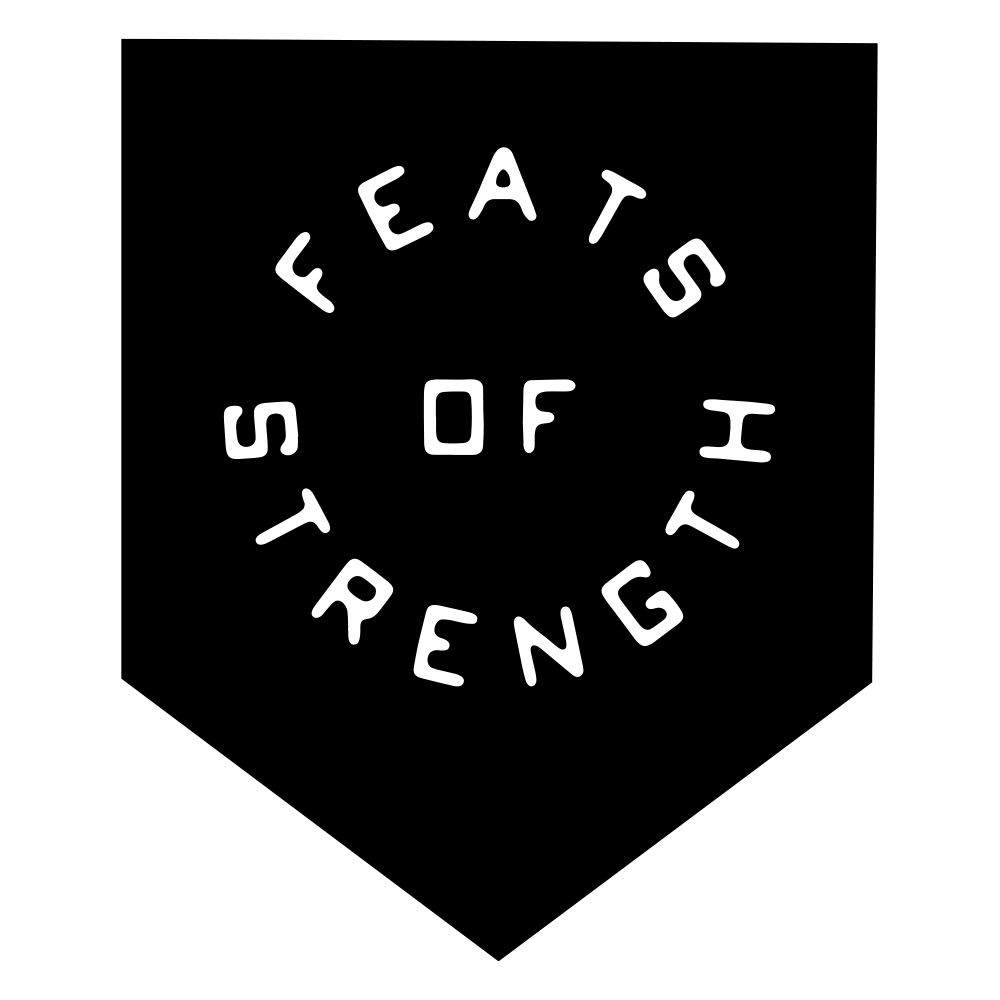 Michael Eckert came to Ten Thousand with a big goal in mind: break the world record for most pull ups done in 24 hours.

Pull ups are both highly functional and rather accessible; finding a pull-up bar is never hard. While the idea of executing pull-ups may not sound difficult, that obfuscates both the technicality of the movement and Michael’s reason for attempting his challenge. He wants to shine a light on the generational epidemic of veteran suicide, raise awareness for veteran non-profit, FITOPS, a Foundation that empowers veterans to find purpose through the power of fitness and community, and inspire others to embark on their own athletic adventures.

The more we peeled back the layers, the more exciting the event became. Turns out, his foundation for fitness is deeply familial.

“My dad was a Captain in the Army. My brother was a rower in high school. But honestly, maybe it was my mom who inspired me, she played field hockey and was the toughest girl in school. My dad built a pull up bar in the backyard... I learned to do pull-ups before I learned they should be hard.”

At first, they were just something he could do. After a while, he realized it was an impressive task, that people were working towards being able to get even 3-5 reps while he could do ten without thinking much about it. Just how many pull ups could he do in a row? The rest was history. 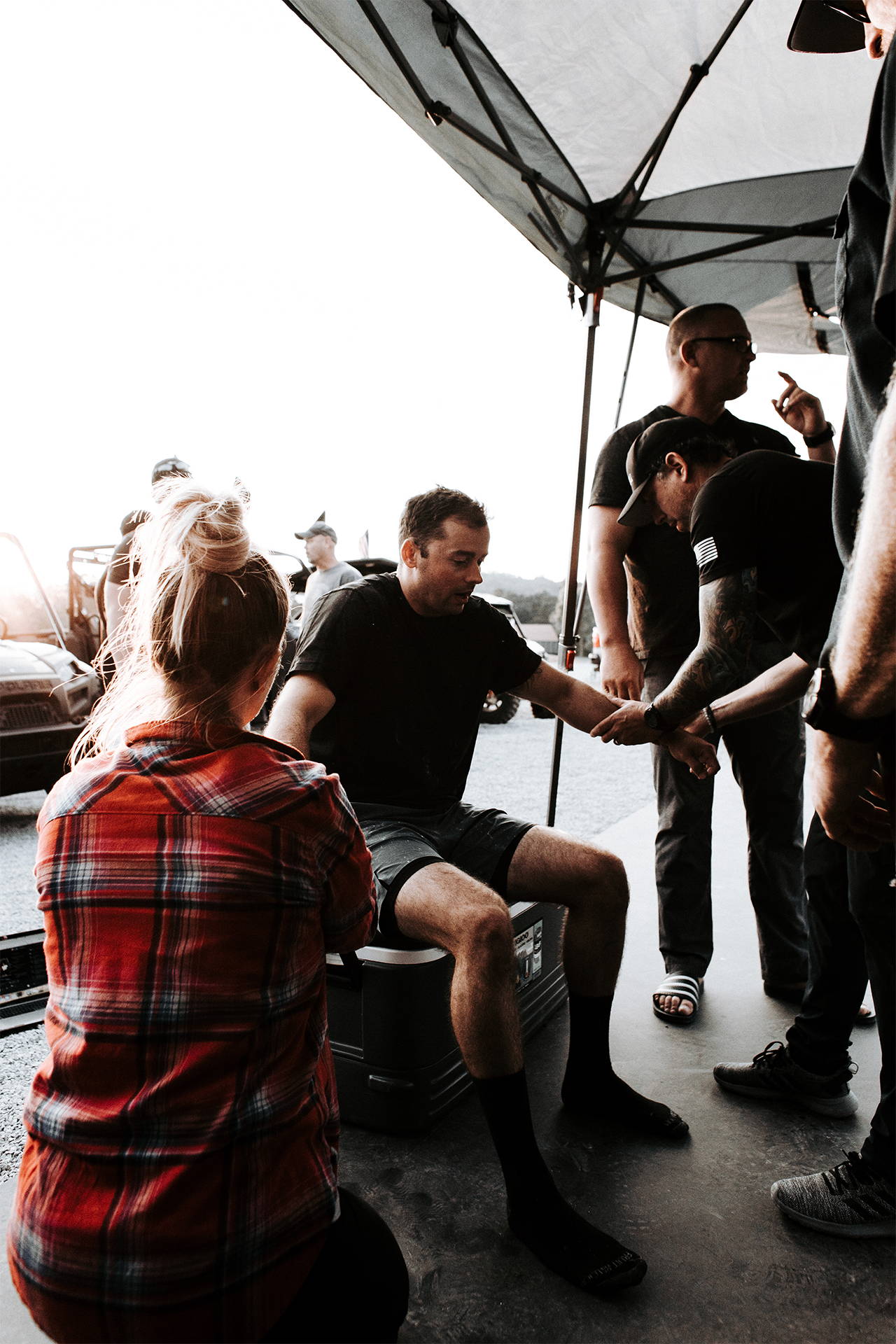 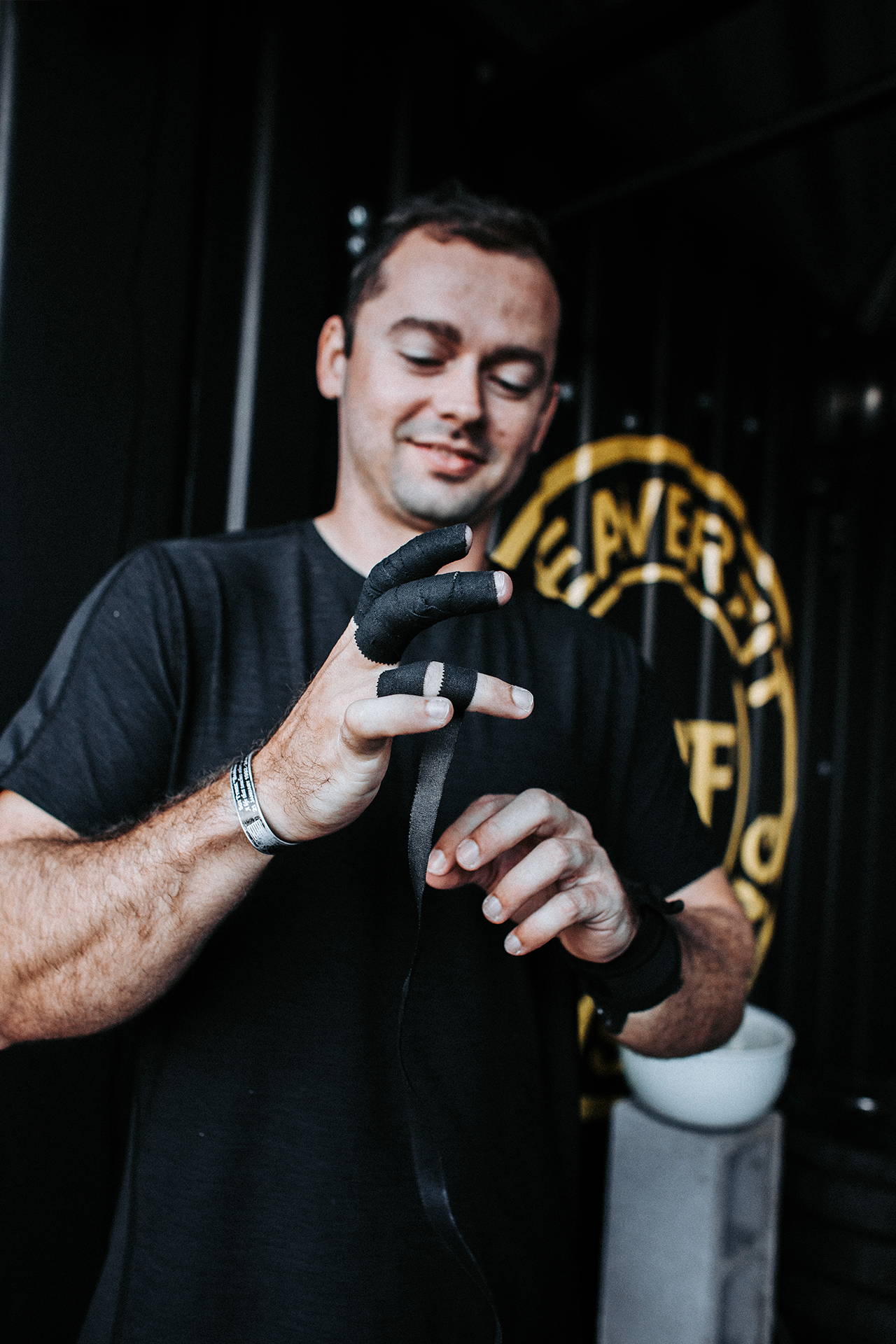 Michael’s training plan is to continue his general wellness routines and spend time alone, hands gripping a bar, pulling his entire body weight up and down, over and over. It’s a lot of alone time, a lot of time for the mind to wander. This task is grueling on the body, but it’s also monotonous for the mind. As most endurance athletes will tell you, the hardest part is the constant bargaining with yourself to keep moving forward. It’s a bit harder to bargain with yourself when the final number of push ups is 7,800.

“The trick is how to entertain yourself when you're doing thousands of pull-ups.”

His entertainment of choice for this feat is the entire catalog of Marvel films. It’s his plan to watch them all in a row on the day of the event, to take his mind away from the aches and pains. There’s a stark difference between all of this preparation and the event itself – and in a lot of ways, preparation presents its own set of unique challenges. Putting his head down and grinding through all of this training alone without the frenzy of the event is its own feat of strength. He’s trying not to sink mental energy into how difficult the task is, knowing that will start to wear away at his endurance.

Cool, calm, and collected is the plan. That way, if everything else falls into pieces, Michael can rest solely on his training, his fuel plan, and his determination. 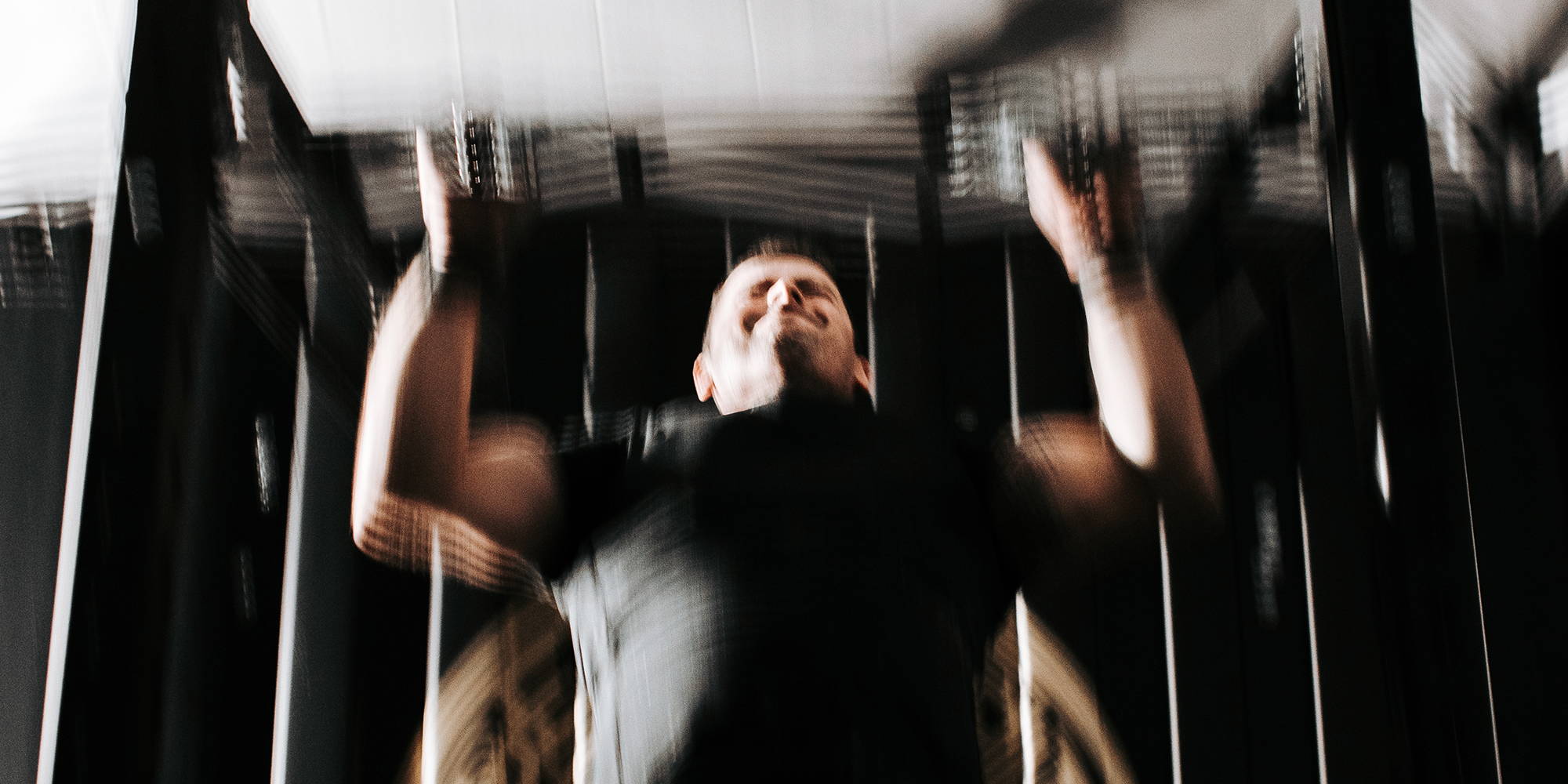 WHEN IT ALL FALLS APART, KEEP GOING

From the very beginning, it’s already more than Michael expected. It’s the perfect storm of obstacles. The pull up bar is in a tent, outside. This means Michael is covered but still largely subjected to the weather. Right away, his mind starts to wrap itself around what this means - the temperatures are going to skyrocket during the day but dip down to the forties at night. The bar is metal, meaning it’s going to mimic the temperature. His hands are calloused, but not immune to the weather. Even though it’s daytime at the start, he’s not looking forward to gripping a near-freezing bar in his overnight attempts. This was not in the training plan.

It’s a grueling game of catch up the entire time. Being outside presents its own slew of challenges – aside from temperature. The wifi is less than optimal, meaning Michael’s team is unable to live-stream like they planned. Anyone who isn’t there who thought they could follow along from their phones is largely cut off from the event, meaning Michael is cut off from any kind of virtual support.

At midnight, thousands of pull ups in, the propane heater is being finicky. Cold is settling into his bones. His entire team surrounds him, trying to release his locked wrists using every tactic they can think of: blood pressure cuffs, massage, heat. It’s not working - Michael’s wrists keep re-locking anyways. At a certain point, it becomes less about trying to beat a world record and more a battle to keep going until the 24 hours is up. The demons lurk outside the tent, waiting for Michael to quit, waiting for his mind to cave in, waiting for him to be unable to do another pull up. Somewhere in the middle of the night, someone snaps a few photos. In the middle of mind-numbing pain, despite it all, Michael is laughing. The demons aren’t welcome. He goes back to the bar.

For all his attempts, it’s still not enough to beat the world record. There comes a point where it is clear it won’t happen and Michael oscillates between his extreme disappointment and feeling numb, trying not to focus on the failure in any way. The immediate emotion is complex and hard to parse through; it’s going to take a while to wade through all of the feelings that will arise. Michael isn’t scared of those feelings. He’s more interested in acknowledging them as they happen, but refusing to sit in them for too long. 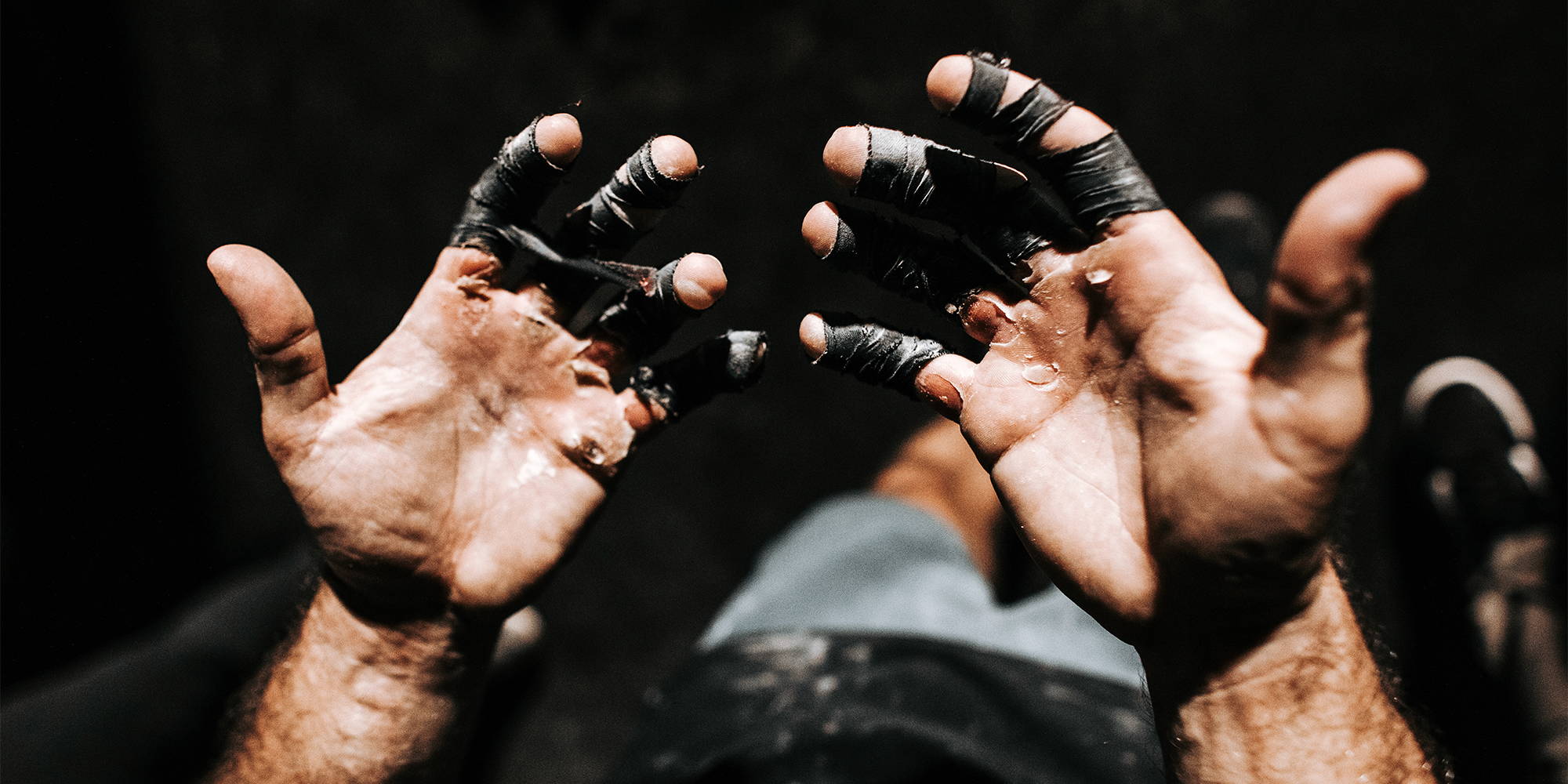 “Shit doesn’t always line up like you hope. I set out to do 7,800 pull ups in 24hrs. I failed. Why? I can give you a list of excuses but that won’t get me any closer to this goal. What are the lessons I learned from this failure? How to better prepare - myself, my team and the variables at play.

From my point of view, failure is a part of growth. It’s about setting big goals and systematically working towards them daily. To be fully committed and focused.” 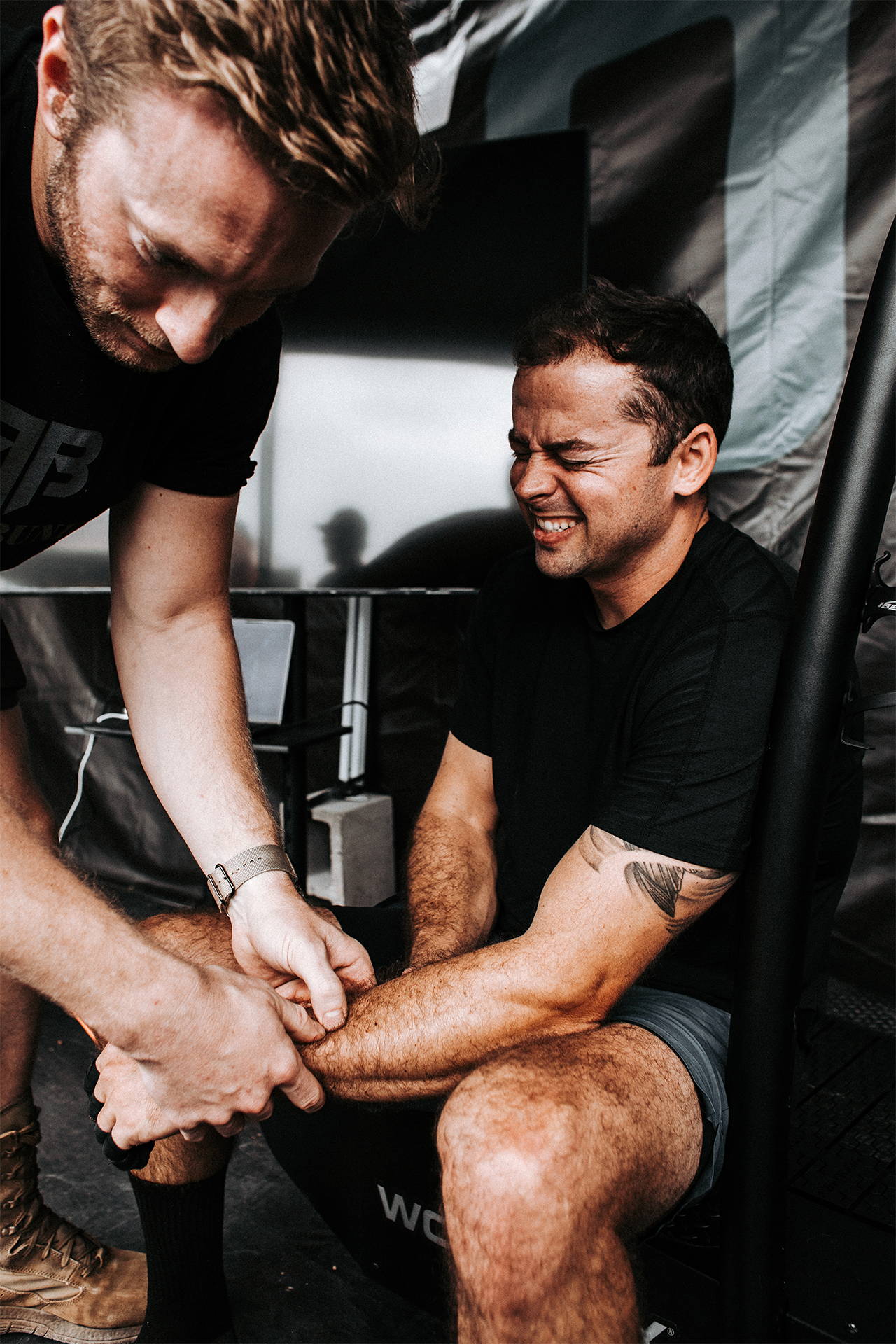 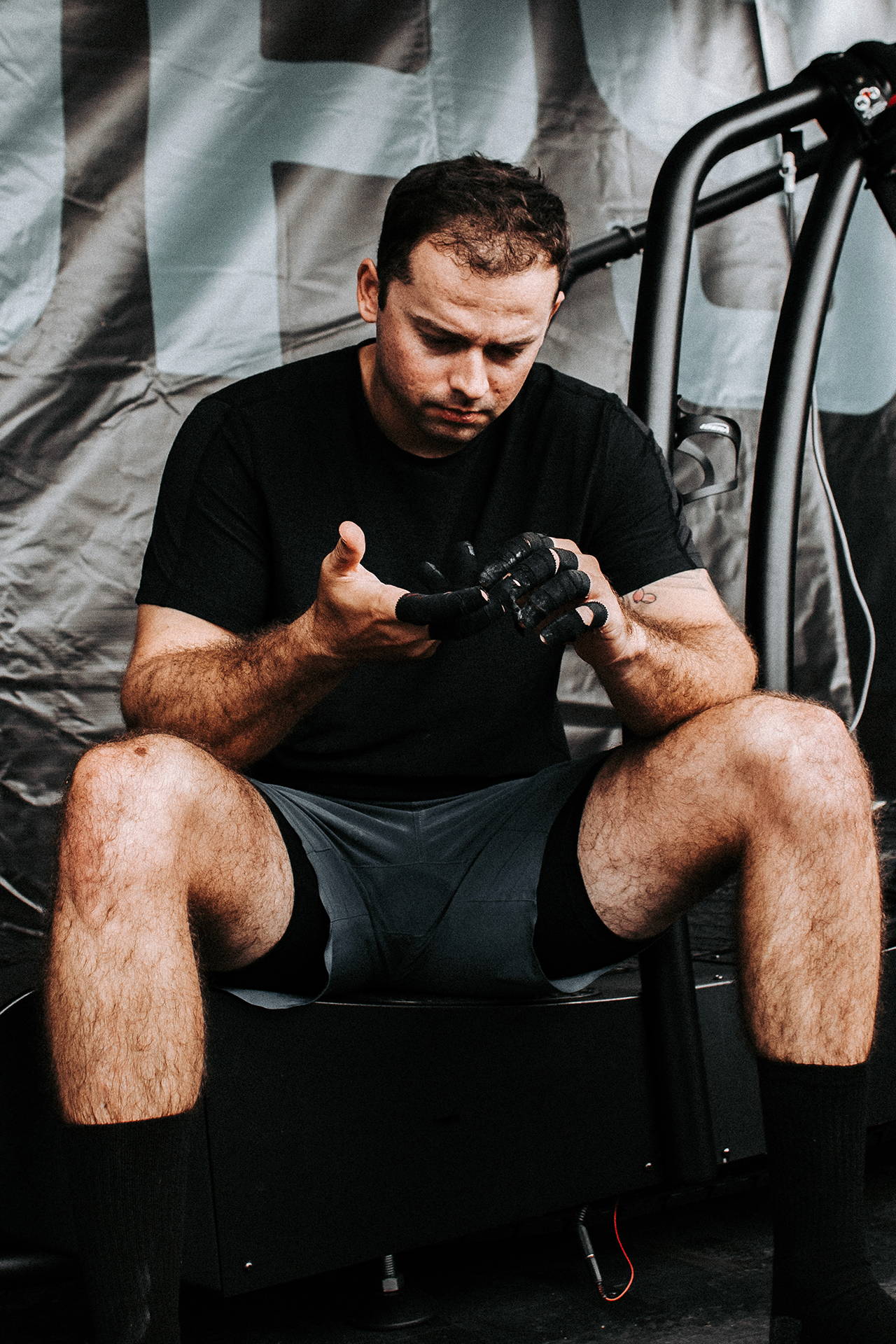 It’s a testament to his mental fortitude that he’s able to acknowledge the event but not dwell on it. He’s thinking about how much it’s fueled him when he attempts it again. And he will attempt it again, he’s certain of that. In a way, this Feat of Strength has become part of a much longer preparation to another Feat of Strength. His ripped skin is turning into calluses, healing is slow but steady, and Michael’s mind is focused razor-sharp on his next attempt.

“I trained well, ate well, got my mind right, calloused my hands and it all wasn’t good enough. But that’s ok. I now have the wisdom and the humility to move forward and set myself up for the next attempt.

And I'm ready for round two.” 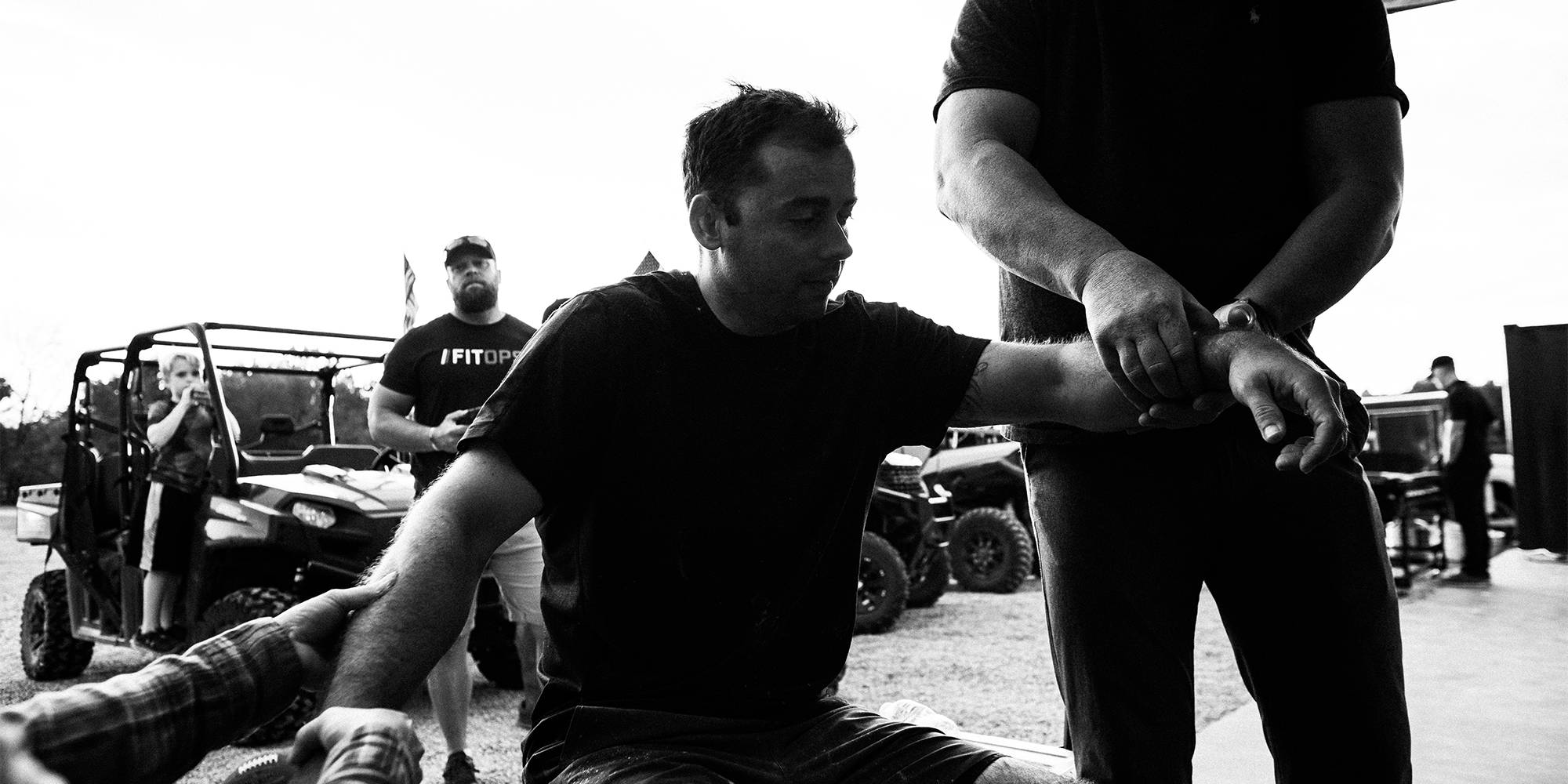